Hot Love in the Kitchen & Travelling Through Time 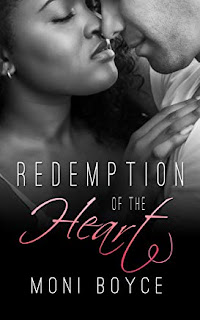 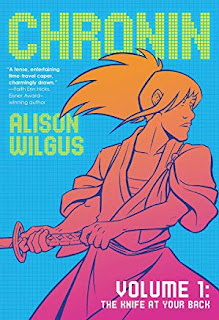 Despite addressing heavy themes of domestic violence, incarceration, and grief, Redemption of the Heart is a charming and sweet spicy read in the tradition of a 21st-century interracial homage to Janet Dailey’s monthly romance era. Gemma’s open-hearted ingénue contrasts starkly with Alex’s jaded workaholic. They struggle with a variety of challenges, but ethnicity isn’t one of them—a spin that feels particularly modern. Once readers commit to their suspension of disbelief regarding the cascading impact of lacks in due diligence by several characters, it’s easy to settle in to enjoy this love story.

The recent public debate about the pros and cons of Gillette’s “We believe the best man can be” campaign ties in with the contradictory messages in the story threads about toxic masculinity. There’s a scene in which Alex apologizes to someone who was openly bragging among coworkers about how he planned to get Gemma in bed, but this minor character never apologizes (nor is expected to do so) to Gemma and Alex for his unprofessional, disrespectful behavior, which seems to get excused as “wisecracks” and other misleadingly innocuous labels. At the same time, Alex’s willingness to acknowledge when he’s actually wrong and to apologize are two of the most appealing traits he possesses. In one way this friction portrays the testosterone-dominant restaurant industry, but the wrong person’s behavior is being questioned.

Forgiveness, second chances, adult offspring recognizing their parents as complicated individuals, and the benefits of therapy are only a few of the many reasons to read this optimistic love story. Yes, there are patterns of minor proofing oversights. The strength of the characterizations, storytelling momentum, and incendiary sensuality more than outweigh them.


Chronin Volume 1: The Knife at Your Back by Alison Wilgus
comics & graphic novels
Tor Books  19 February 2019


This amalgam containing elements of Victor Victoria and the recently cancelled “Timeless” television show offers a visual rendering reminiscent of Modern Japan: A Very Short Introduction by Christopher Goto-Jones. The sharp edges and soft shadings in gray scale appeal to the eye and support the spare dialogue, which punctuates the action in panels with the look of gorgeous woodcuts.

Yoshida and Hatsu’s journey in 1864 Japan resonates with present-day conflicts between social classes, Eastern and Western nations, and limiting expectations based on gender.

Volume 1 ends on a juicy cliffhanger.

July 31, 2021
We Wrote in Symbols, Love and Lust by Arab Women Writers  Edited by Selma Dabbagh  Literary anthology   Saqi Books, September 2021   We Wrote in Symbols offers a collection of poetry and prose that deciphers the signposts for the phases and stages of longing, lust, and love: anticipation, courtship, intoxication, commitment, adoration, in/fidelity, betrayal, complacency, danger and more. Women of Arabic heritage from around the world and across three millennia most often celebrate, sometimes ridicule, and all evaluate the nuances of sex and love and their power dynamics. The first prose selection, “A Free Girl's Tale" by Saeida Rouass*, examines agency and consequences. The protagonist realizes, “As I wondered in my naivety I had no inclination that my simple existence shook the very foundations of power…” Much later in this collection Hanan al-Shaykh's longer “Cupid Complaining to Venus" thematically overlaps and diverges from S.R.’s interpretation of the erotic de
Post a Comment
Read more

November 14, 2021
The Sky Worshipers [sic] a Novel of Mongol Conquests by F.M. Deemyad*   speculative historical fiction   History Through Fiction, March 2021   This epic saga sweeps across the northern and eastern hemispheres with a propulsive mix of cultural grandeur, aggressive conflicts, and intimate specificity in its central characters. Make sure to savor every tidbit offered in the introduction, all four books of the richly layered narrative, and epilogue. Recommended resources and acknowledgments will likely add multiple titles to each reader’s TBR list.   In the introduction the author states an intention, “… not to write a book of horror but one resembling ‘One Thousand and One Nights' that would be enjoyable to read.”   Mission accomplished.   https://www.historythroughfiction.com/theskyworshipers Sisters in Arms by Kaia Alderson   historical fiction with romantic elements   William Morrow Paperbacks, August 2021   Sisterhood in many forms guides Grace Steele and Eliza Jones from the Un
Post a Comment
Read more

September 25, 2021
Eighteen Days of Spring in Winter by Saeida Rouass  Literary fiction  Impress Books, 2015  It's 2011 in Cairo, Egypt. Khaled Said's unjust murder by police months after a desperate man in Tunisia immolated himself in hopeless protest of injustice propels the Arab world closer to political implosion. One modestly privileged Egyptian family with two physician parents, an eleven-year-old son, and an eighteen-year-old Sophia, whose narrative begins, "This is the only story I know to tell... the voice is a unique battle cry of love." all draw readers into the personal reverberations of a cultural shift.  As a university student of comparative literature, Sophia spends much of her time escaping reality by immersing herself in books. Yet the clamor for change swells around and within her until she can no longer ignore her volatile environment. Poetic sensibilities, gritty circumstances, family friction, and internal angst set against the backdrop of a pivotal historic mome
1 comment
Read more