Giving Thanks for a Cornucopia of Tasty 2020 Reads 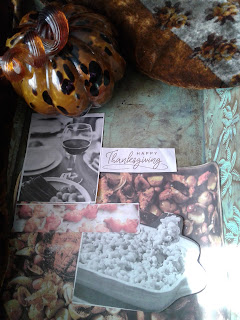 Dangerous secrets churn beneath the veneer of small-town charm in Aberdeen, Massachusetts. Nineteen-year-old Ava has pulled herself up from abandonment and homelessness into being a student at Agatha College. A classified ad leads her to off-campus housing with Dahlila, a local, and friendship with her fellow designated Outcasts. Their small group ventures to an underground social club that pulses with sinister intentions. Soon, Ava's life becomes entangled with mysterious Layton's murky existence and hidden agenda. Their chemistry sizzles. Volatile confrontations, multiple mysteries, a sometimes unreliable narrator in Ava, and sliding timelines combine to make Vitality a whirlwind tale of obsession.

This irreverent, bawdy romantic farce blends slapstick and laugh aloud hijinks with poignant emotional depth and biting social commentary. It starts with an unconventional prayer. Doctoral candidate Danika Brown needs a new friend with benefits after her most recent “situationship" implodes. If only grumpy security guard Zafir Ansari were available for some no-strings action. Dani learns the Universe often has a sense of mischievous humor when it comes to answering prayers, especially when the supplicant isn't paying attention. Utterly charming romantic mayhem ensues.

As the second installment of the Brown sisters' trilogy, Take A Hint, Dani Brown manages to offer more laughs (and profanity) than Chloe's story as it continues addressing broader issues of racism, body-shaming, mental health, and the mixed bag consequences of social media exposure. Those concerns and more are smoothly integrated into a spritely narrative with provocative layers. Snappy dialogue, a celebration of sisterhood and womanhood, and men with nuanced emotional range inject additional complexity into themes of rejection and grief. Talia Hibbert's immense storytelling talents generate giddy satisfaction for readers and respectful envy from other authors. Dani and Zafir's story sets a high standard of expectation for youngest sister Evie's journey, which is scheduled for release in 2021.

Star Quest (#2): All That Remains by Patricia Lee Macomber

A few concise opening paragraphs introduce readers to the second installment of intergalactic adventures with Commander Cara Bishop and company. It works as a stand-alone in which crisis management is the focus and romance is mostly implied as Cara and her superior officer, Captain Steve Hunter, lead the Endeavor on an exploratory mission that crosses paths with a mysterious ghost ship. What happened? Where's its home origin? Answering these and other key questions while juggling the professional, technical, and personal demands of moving through space expands the scope of the mystery, and magnifies the interpersonal dynamics between the crew members.

Star Trek, Westworld, The Twilight Zone and more, this author's engaging space opera offers nods to staple tropes and themes in the SciFi genre with quirky fun. The tight, brisk narrative pace at the beginning starts to slow around the midpoint. Noticeable procedural oddities by crew members, and conflict resolutions that seem a bit too tidy detract from the strengths of distinctive characterizations, balanced integration of science and technology with messy human drama, and insightful world building.  Star Quest: All That Remains takes readers on an entertaining imaginary jaunt.

Taken as a young child and indoctrinated into the life of an assassin for Cyrus, the power-mad leader of Infinitum, a young adult Jack Harper breaks free in a violent conflagration. Or does she? Killing Cyrus reveals Infinitum to be a Hydra of satellite groups of fanatics who are zealously committed to continuing the dead leader's heinous work. Jack's formerly closest cult sibling is now her most treacherous adversary at the top of a long list of deadly foes and circumstances.

Perish is fantastic in every sense of the definition of the word. Otherworldly beings, unexpected powers, consequences, alliances, and betrayals, all of these elements, visceral characterizations, and more are woven into a taut psychological thriller mystery fantasy that challenges readers to empathize with Jack's contradictory worldview of pragmatic amorality and cynicism with an unshakable nugget of case-specific ethics and naïveté.

Some readers may find the recurring threads of remorseless killings and the subjugation of children too disturbing. Neither subject is offered gratuitously, and both contribute to a substantive examination of nature versus nurture, and the insidiousness of corruption. This second entry in this compelling series entertains as a stand-alone that primes the pump of high expectations for book three.