Earlier Reads Worth Revisiting for Fall 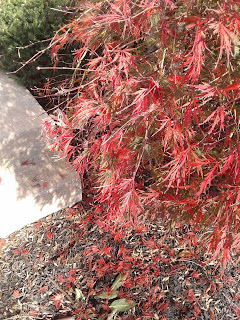 Aura of Dawn (Zyanya Cycle prequel) by Morgan J. Muir
Teen/YA historical romance
April 2020
Eighteenth-century Maracaibo is a bustling port city in Venezuela, filled with everyday personal dramas and commerce. Wealthy merchants, hard-working laborers, slaves, and sailors along with the indigenous Wayuu people create a rich mix of humanity with its assortment of major conflicts and petty jealousies. Sixteen-year-old Mariah's mother died when she was born, leaving her heartbroken father, merchant Don Bosque to raise her. Naïve, somewhat spoiled Mariah knows almost nothing about her mother because her father refuses to discuss his dead wife. On the day Mariah mourns another emotional loss and feels a subtle calling from the sea, Michael/Miguel, a mysterious sailor, enters her life. Without a surname, and with only vague references to his early life with his father, Miguel’s curious omissions lure Mariah and her three friends closer to him once Don Bosque employs him and invites him to live in Mariah's family home.
Aura of Dawn is a clever origin story about itself and other types of origin stories—personal, cultural, mythic, and legendary. Knowing and being known are other recurring themes examined from different angles. Descriptions of busy Maracaibo geography and society create a dynamic backdrop for Mariah and Miguel's angsty, volatile interactions. There are information gaps regarding Don Bosque and a dangerous foe that suggest having read books one and two in the Zyanya Cycle series would provide greater clarity. This prequel hints at entertaining significant and shocking revelations to come for those who have yet to read books one and two. It also deepens current fans' appreciation for the featured characters' histories and motivations, which make it an alluring story for fans of historical romance with implications of supernatural elements.
The Match Disaster by Latesha Kellam
Contemporary romance
March 7, 2020
Sometimes people are in each other's lives for a reason, a season or a lifetime. After experiencing the first two in a marriage and an engagement that didn't last with other people, Lacey and Thomas both try looking for lasting love again on a popular matchmaking site. Lacey is skeptical and cautious in getting to know Thomas despite their similarities. They're both successful thirty-something professionals with children. Beneath the surface, each of them struggles with a complicated mix of spiritual wounds and vulnerabilities, which Lacey internalizes and Thomas externalizes. Subtle warning flags in the first year show up with increasing frequency and duration each year until a final implosion decimates them. It's Lacey's contemplative narration as she examines their relationship in the clarity of hindsight that hooks readers into caring about what happens, even while knowing heartbreak is inevitable.
If, as the saying goes, people are only as sick as their secrets, then there's one significant, unexplained cliffhanger mentioned at the midpoint of this engrossing story, referred to as a “life changing secret" that one character reveals to the other in a text message, but never gets explained to readers, which weakens the overall strength of an otherwise satisfying conclusion. The Match Disaster is an emotionally intimate cathartic debriefing of a romance that wasn't meant to last forever. It resonates with relatable themes about the challenges of making and sustaining healthy relationships while juggling life's daily demands. Lacey and Thomas's bumpy journey offers heartfelt wisdom in its portrayal of the risks and rewards of pursuing intimate human connections.

With elegant language that’s poetic without being saccharine or self-conscious, this reimagined origin story of Snow White is a beautifully composed tale. Princess Ebony Night loses almost everything upon the death of her beloved father, King Maru of Marula, whose second marriage is a political union with Queen Varyes of Pommier is a disaster in many ways. Ebony’s friendship with the queen’s son from her first marriage, Prince Rion, becomes more than a consolation prize as they fall in love and work together to do what’s best for everyone in their kingdom. Dark-skinned Marulis and pale-skinned Pommierians embody present-day racial tensions. Magic practitioners with devious motives, mirror-slaves, and poisonous fruit are a few of the fanciful elements that enrich this clever update of a familiar fairy tale.

Various themes merge smoothly into perceptive social commentary about colorism, elitism, political wrangling, and the subtleties of coercion. Although Ebony and Rion are young, nineteen and twenty-something, the essence of their struggles to assert themselves as individuals and a couple offers universal observations about identity and agency. Ebony often behaves in the Pollyannaish ways of a lifetime member of the privileged elite despite her reduced circumstances, and Rion can seem a little dimwitted, but these traits highlight how much devious advantage the queen has over them. Northern Lights Southern Stars shines as a modern fairy tale with many facets of intellectual substance.

Starman’s Saga, The Long, Strange Journey of Leif the Lucky by Colin Alexander

In 2069 A.D., a few years after the Geneva Treaties settle “The Troubles” that plagued the international community, retired U.S. Army Sargent Leifur Grettison wins the lottery. He’s chosen to be the “volunteer everyman” on the first interstellar mission. The starshot seems to offer Leif the reboot he needs when his relationship with intellectual property attorney Sanchali Jain ends. What appears to be good luck may have murky origins. Flight crew members from major and minor powers board the No Name and soon realize that arriving at their destination is only the first of many dangerous challenges they’ll confront.

Starman’s Saga celebrates its characters’ insatiable curiosity and love for intellectual pursuits that motivate them to explore unchartered territories. References to Jules Verne and steampunk conventions conjure the romance of exploration while the absurdity of government bureaucracy and the sometimes ridiculous nature of military hierarchical protocols evoke parallels with the essence of Catch-22. Other threads offer fresh spins on themes found in Passengers and The Martian. Leif’s self-deprecating narrative style combined with steady pacing during the setup of the premise that quickens, then gains momentum with each new situation the travelers encounter makes this a compelling read. Nuanced characterizations for primary and secondary players resonate as authentic in their complexity, particularly the women. Nods to archaic sci-fi tropes simultaneously rework them into the modern familiarity of organic inclusive representation. Like most of the highest quality sci-fi, Starman’s Saga offers readers a thrilling adventure about trekking into unknown territory that’s also thoughtful sociopolitical commentary about humans as individuals, and as constantly shifting groups and civilizations.