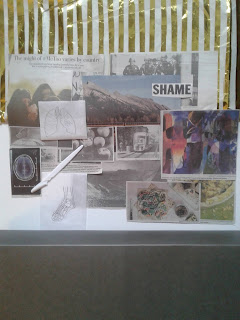 First published in 1985 during waves of Egyptian political upheaval with friction between nationalist and opposition factions and an economic depression, then reissued in 2005 in the swell of contentious elections and their aftermath, and now being published again in the wake of the worldwide #MeToo movement and the recent global expansion of Black Lives Matter, Two Women in One taps into the continuum of generations of the anatomy of systemic oppression in a narrative voice with present-day resonance. Following a dedication that warns readers about the under-reported martial facets of love, the foreword by musician and singer Deeyah Khan refers to Simone de Beauvoir's The Second Sex and that author's rational laments regarding the gendered indoctrination of women into femininity as a restrictive force that smothers individuality, condemning each of them to a fractured dual existence of acceptable public persona and turbulent inner truth.

This rebellious existential tale begins on Bahiah Shaheen’s eighteenth birthday, where she finds herself on the cusp of womanhood. Feeling caught between being a dependent child and an autonomous adult has her questioning everything: the composition of her identity, her body, her desires, her life's purpose. She's studying to become a doctor because that's her father's mandate, but she feels alienated from herself, her education, and her classmates. As she dissects corpses in the lab she deconstructs and examines her memories and beliefs. Her consciousness slides between reality, dreams, and imagination with increased speed and unpredictability. Shifts in perspective occur over time as shaped by experience and growing maturity. There's thematic repetition that conveys the monotonous routines of Bahiah's life, but each refrain adds new revelations as this surrealist fictional memoir spirals toward its conclusion. Contrasts dominate: expected versus unexpected, real versus unreal, belief versus disbelief, and making deliberate, consequential choices between sanctioned and unsanctioned behaviors. Women in particular and oppressed people in general who consciously choose to reject the “Mannerisms, gestures and meanings… alike to the point of suffocation" [pg.21] according to the dominant society's mandates often become targets for retaliation from the oppressors and their agents—officially commissioned and civilian, obvious and clandestine. Ghosts and corpses appear throughout Bahiah's sometimes fantastical dreamscapes that help her challenge society's imposition on her unique identity. When demonstrators chant “Egypt shall be free!” on page 96, the declaration reverberates beyond the citizens of one country to echo the determination of oppressed and disenfranchised people everywhere. At the same time in Two Women in One, there is a clear indication of the assumption by some of excluding women from realizing equal degrees of freedom as the men, even as the women suffer dire consequences while becoming agents for change. Osman Nusairi's translation flows like music in a mix of major notes about the bondage of restrictive societal expectations dictated by gender, and minor motifs on taboo subjects within Egyptian culture. Imagery that's sometimes whimsical and other times disturbing provides transitions that blur the lines between Bahiah's existence when she's awake or slumbering, until it's difficult for her to distinguish the boundaries of her increasingly dangerous reality. Bahiah's story is timeless in its portrayal of each individual's struggle to move through the world unmolested and in the form of their most authentic self.