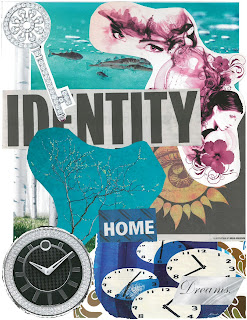 The Persistence of Memory is a beguiling mash-up. It begins as a brutally immersive Holocaust testimony set in Germany in 1938. At the age of twenty-one, New Yorkers Daniel Hecht, his two best friends, and his mom discover that their U.S. citizenship can’t protect them from the racial hatred of the Nazis. Survival exacts steep costs that exchange one generation for another and smoothly transitions this story into science fiction. In the 21st century Daniel is a decorated war hero who is disillusioned, jaded, and patriotic. His inner turmoil and traumatic experiences generate emotional whiplash. Enter amnesiac Nina Archer. Who is she? What are her origins? Why does she fluently speak an ancient language? Add mystery and romance (mostly sweet, until very abruptly, it becomes explicit) to this layered and multifaceted tale, which includes social commentary about humanity’s mistakes replicated in every generation: slavery, genocide, abandonment of military service members in peacetime, and entrenched gender roles as artificial and misleading constructs of identity.

Some of the harmful influences of the braggadocio of toxic masculinity are addressed with humor as found on page 244 when Daniel thinks, “…he could figure out how to make her climax, somehow. Men he knew talked about how easy that was all the time… They couldn’t all have been exaggerating.” Daniel is out of his element in assorted ways.

Once Nina is introduced she shares the spotlight with Daniel, then gradually dominates the focus. Additional comments about her narrative arc increase the odds of spoilers, but a major personal conflict resolution in which Nina apologizes with specificity and Daniel with vagueness didn’t work for me.

The Persistence of Memory, Book One: Déjà vu is also a saga about a team of crime fighters with a range of attitudes like adult members of John Hughes’s Breakfast Club combined with the dedication to protecting the world found in the Justice League and the Avengers. Mythology, philosophy, ancient history, and more, this author incorporates multiple belief systems and cultures into this hybrid tale that features an organically inclusive cast of interesting characters whose experiences make readers wonder if time is spherical. Like the face of an analog clock, does life always send humans back to where they started?

Book Two is near the top of my very long, personal TBR list.

[minor proofing notes: Due to the overall excellent craftsmanship of The Persistence of Memory, Book One: Déjà vu, the few instances of missing prepositions, articles, a set of closed quotation marks, and a duplicate set of open quotation marks were noticeable. Sometimes there’s no offsetting comma in dialogue where a character is addressed by name. Is this the result of new de facto style guidelines as influenced by texting and social media?]