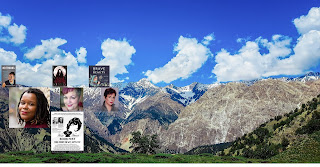 In a preface, eight intimate essays, and acknowledgements of the members of her international village, Keturah Kendrick uses the path of her own personal and professional journey to her integrity of self to encourage others to challenge the impositions of limiting gendered expectations. No Thanks constructs rational intellectual support for the benefits of deliberately choosing to live single and childfree, a declaration summed up on page 11: “I am single because I am enough for me.”

No Thanks is a provocative rejection of the entrenched belief that fertility is the primary source of worthiness and purpose for a female person’s womanhood; that fertility is the seminal value of womanhood. Humorous and poignant anecdotal personal stories and references to academic case studies examine the consequences and rewards for audacious female people who unapologetically choose themselves first, usually in ways and for reasons that are considered unremarkable when male people do it. No Thanks articulates society’s lack of gratitude, appreciation, and fair compensation for the essential and arduous labors of female people. Higher expectations and fewer, if any, bankable rewards are only two on a list of many reasons that make motherhood a sacrifice. Is it worth it? Yes, for some women and not for others. There are consequences for everyone in a world where one group is deified and the other group is vilified. Acknowledging and embracing that truth contributes to mentally healthy individuals in a present-day society built on reality, not unrealistic fairytales about what marriage and parenthood should be.

With thoughtful discourse about Black Atheists of America, a Churched Feminist, black love and black womanhood in television shows and movies from the 1990s; Toni Morrison’s Sula and Ava DuVernay’s Queen Sugar, Keturah Kendrick concludes No Thanks on a note of support for individuals and freedom that reiterates the clear statement from page 4: “We who believe in freedom also believe in people.”

In the small town of Mahigan Falls, Maryland a battle rages between species. Hunters and some of the predators they target form unlikely personal alliances that infuriate racial purists on all sides. In Red August, H. L. Brooks creates an emotionally fraught coming-of-age tale with sixteen-year-old August Archer as its central figure. Intellectually brilliant and socially insecure, August struggles in the wake of her dad’s death and her family’s move from New York to Maryland. It’s a change that lands her in a new school where circumstances almost immediately go wrong, setting off a domino effect of bad acts and startling revelations.

Enter August’s mysterious, handsome neighbor, Faolan Conall, whose secrets link their families across generations and continents. Fresh spins on Scottish werewolf legends and Little Red Riding Hood incorporate themes about territorial encroachment, involuntary cultural assimilation, and species extinction with recurring threads about family legacies, overlapping destinies, and the stages of grief. August’s relationships with her mother Sylvia, and her grandmother Sorcha portray variations on themes about parents as multifaceted individuals with dynamic lives and identities that exist independently of their offspring.

Clever retooling of several tropes makes the cliché of having the one featured black character, who is three-dimensional in his distinctive intellectual complexity, as faithfully devoted to a Caucasian character standout in this otherwise socially progressive story. August’s advanced maturity regarding her sexuality and personal agency in the context of the volatile angst of burgeoning young adulthood generates an emotional tension that vibrates throughout Red August. For seasoned adult readers August’s romantic relationship may generate concerns for her to take more time to grow into herself as an individual before she throws herself into exclusively committed couplehood.

[minor proofing note: Offsetting commas for names of characters when they’re being directly addressed are mostly omitted in dialogue.]

Taliban suicide bomber attacks and forbidding girls from attending school are only two disturbing headlines connected to 21st-century Afghanistan, but 700 years ago was a completely different reality. Herat, once the capital city of the Timurid Empire, which ran from Turkey to the border of China, was known as “the Florence of Asia” during Queen Goharshad’s reign of 50 years. Exquisite illustrations rendered as lush tapestries of saturated pigments and intricate design details project from the pages with the layered dimensions of a diorama. Paired scrollwork motifs pop in contrast against plain white page borders. Hafiz, Rumi, gorgeous mosques as architectural splendors, and a college for girls are referred to as reminders that the ancient culture of the Hindu Kush region was an advanced civilization in the arts and sciences long before many currently powerful western countries.

Schur uses creative license in describing Goharshad’s upbringing with her warmonger brothers to examine themes of martial arts versus marshaling the arts to generate peace and prosperity. Brave with Beauty recognizes the successful audacity of a woman who valued the arts as essential to society’s stability and evolution.

A very brief glossary, a guide for parents and educators, plus selected titles for reference and further reading conclude this enlightening historical nugget that will entice many readers to hunger for more information about Queen Goharshad and Afghanistan’s ancient cultural legacies.