#CardynBrooksReviews #books October 18, 2020: Family Is What We Make It 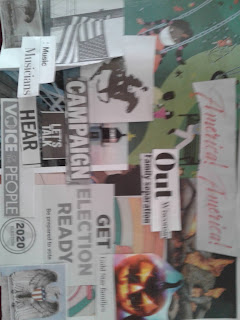 May We All resumes its compelling interpersonal and sociopolitical journeys with the Culhane Family in 1955 in the shadow of the Brown v. Board of Education ruling. Beloved eight-year-old daughter Jaz manages to infiltrate a fascinating all-male bastion when her father, Coach Hep Culhane, takes her to watch football practice with her older brother TC. Jaz is curious about unfamiliar people and places. Limitations imposed upon her explorations prod her to move beyond them to discover what's on the other side. Curiosity and a willingness to step forward into the unknown are signature personality traits that assert themselves throughout her life and the entire narrative for each featured character. Jaz's point of view yield's to her sister Mel's, then her aunt's and so forth, per character, providing radial perspectives shaped according to age, gender, geographical location, state of mind, and generational position.

May We All rides high on the momentum established in the first two books of the series. More offshoots of the Culhanes' sprawling family tree branch out farther across the U.S. and around the world while burrowing their roots deeper into Colt, Texas and their family legacy. Each member decides for themselves what sacrifices they're willing to make in honor of all they've been given and achieved, even if it exposes them to the vulnerability of risking more than they'd intended. Gay G. Gunn guides readers through the volatile Civil Rights Era with a mix of lyrical and gritty prose and poignant imagery that translate historical accuracy into compulsively readable storytelling with emotional resonance. 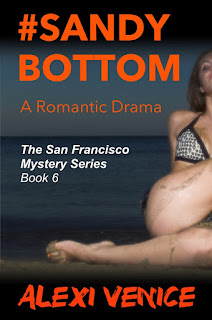 Recovering from the physical and emotional trauma of their most recent criminal investigation, District Attorney Amanda Hawthorne, Detective Tommy Vietti, and Doctor Jen Dawson are preparing to enjoy some R & R at Jen's family's lakefront property when images of Amanda's past indiscretions go public and implode her personal life and professional career. The fallout leads to unexpected crossroads for the characters and this SanFrancisco Mystery series. As a transitional novel #SandyBottom works as a stand-alone that offers enough selective backstory details to provide context for first-time readers without bogging down the narrative pace for knowledgeable fans. Three entangled adults, a toddler, extended family, friends, coworkers, frienemies, foes, and criminals interact in shocking, amusing, and sometimes predictable ways with unexpected outcomes. There's an underlying playfulness that makes #SandyBottom a buoyant read despite addressing heavy themes of addiction, recovery, relapse, and their radial impacts on the person who is managing recovery and everyone within their sphere of influence. Establishing stability and maintaining one's balance through life's chaotic shifts and turns are recurring themes in this layered 21st-century soap opera. Erotic scenes and some mild kink add heat to the emotional warmth and connection between Amanda, Jen, and Tommy, whose personal connections overlap at the conclusion of #SandyBottom, baiting the hook in anticipation for the next installment.

Use the Power You Have, A Brown Woman's Guide to Politics and Political Change by U.S. Rep. Pramila Jayapal

Tuesday, September 11, 2001 changed the United States. Coordinated terrorists' attacks in New York City, at the Pentagon, and upon United Flight 93 altered the sociopolitical trajectory of the nation and eventually, the world. In its aftermath an immigrant from India who came to the U.S. alone as a teen to pursue her education, Pramila Jayapal, recognized the swelling waves of anti-Muslim, anti-immigrant, and heightened racist public speech, actions, and policies and decided to do something to stop them. Hate Free Zone evolved into OneAmerica. During the years of personal, professional, and political development Rep. Jayapal recognized and claimed her innate human power of agency for herself, her interconnected communities of affiliation, her constituents, and her adopted country. Her journey unfolds with the highs and lows of an adventure novel. Engaging turns of phrase, humorous candor about her own strengths and weaknesses in addition to insightful revelations regarding her observations and experiences in becoming a naturalized U.S. citizen, and within community activism, political advocacy, local, state, and national legislative bodies make Use the Power You Have equal parts memoir, call to action, and instruction manual.

To rebuild our country properly, we must be willing to take on three deeply intertwined supremacies that are tearing us apart: white supremacy and anti-blackness, corporate supremacy, and individual supremacy… Each supremacy capitalizes on disconnection: the ultimate Big Lie, because at the root of everything, we are deeply interconnected. Any separation is, by design, an attempt to profit from the lie that we are separate.

This passage from page 311 accurately summarizes the fundamental ethos of Use the Power You Have:

This book is for the organizers and the activists; the knitters, sewers, and darners who are working to stitch our country back together and create an even better tapestry than what we had before, people who are authentically ready to use power for good.

In India, young Ayesha is thrilled to celebrate the upcoming wedding of her favorite cousin Ritu to her girlfriend Chandni. Not everyone in town or in the Kapoor family shares Ayesha's excitement. At first Ritu Weds Chandni is a simple story about a child's untainted and joyous understanding of love. Deeper consideration examines homophobia as a cultural norm, entrenched, inflexible gendered expectations, and violent resistance to sociopolitical change in expanding representative inclusion for all under the law and in everyday life. Figures garbed in red and other saturated primary and secondary colors with turquoise accents pop in contrast to a tonal background of muted gold. This story celebrates love and invites readers to honor the ethical right of every human to be loved for who they are, as they are. A glossary of terms followed by an author's note provide clarification of family relationships, cultural traditions, garments, and South Asian LGBTQ+ recommendations for young readers. Ritu Weds Chandni uses a traditional wedding processional to examine society's slow progression toward equal marriage rights for all people everywhere.