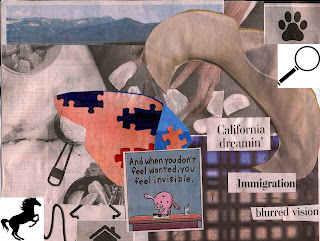 Reviewer’s note: The two books by Reyna Grande were read in anticipation of attending her panel discussion with American Dirt author Jeanine Cummins at the #GaithersburgREADS event on March 31, which is cancelled for now with the intention of rescheduling.

The Distance Between Us by Reyna Grande
memoir
Washington Square Press, 2012


The Distance Between Us begins with a map showing the border of the lower forty-eight United States and the northern Mexican states. It appears deceptively benign. For this author the more than two thousand miles separating Iguala, Guerrero from Los Angeles, California represent generational divides overflowing with dreams deferred and associated through spiraling cycles of economic oppression, despair, and cruelty. Alienation of affection from self and others builds momentum in the family’s psyche and manifests in their daily lives in ways that are subtle and explosive. Unpredictable swings of being with and without her mom and two grandmothers as a young child in Mexico in the constant presence of her siblings while longing for the fantasy of their always absent father is the focus of Book One. Book Two moves to Grande’s time with her father in the United States. Both parts speak to the audacity of hope in the midst of daunting, chronic disadvantageous circumstances. This first installment of the author’s memoir ends with her move from L.A. to attend the University of California at Santa Cruz. It mentions details related to the end of her father’s life. Although many of the black and white images include the author’s parents, it’s the second installment of her memoir, A Dream Called Home, that reveals the most information about Juana and Natalio Grande as individuals, and explores the emotional and economic inheritances passed down to the author and her siblings.

Where The Distance Between Us offers readers a powerless child’s point of view of a harrowing existence,  A Dream Called Home starts with Grande as a fledgling adult, then moves through her evolution into wise woman. She pursues clarity about herself as an individual in the context of her family and academia in Book One; parenthood, the professional world and publishing in Book Two. Themes of reconnecting join the two parts. At this phase of the author’s life circumstances force her to reconsider and expand her beliefs about her mother, her father, her two grandmothers, and her siblings. New truths dissolve the oasis of her childhood wishes and challenging personal experiences generate a deeper understanding of herself and her elders that clears away condescending judgement to replace it with admirable compassion.

Forthright honesty that spares neither the author, her family members nor her readers from the disturbing details of her experiences resonates into a layered complexity of emotional friction and contradictions. Her narrative voice is profound yet brisk in the tradition of the most compelling adventure stories. Her personal saga begins in The Distance Between Us as the chasm that separates the instability of her childhood and the potential outcomes for her future. It continues in A Dream Called Home in which she comes to recognize that she’s carried her foundation within her since her birth. Now that she’s broken the dominant unhealthy patterns in her life, it’ll be even more enlightening to read about the next phase of her extraordinary journey.

[observation: Squeamish readers may want to skip or skim the passage in which Grande explains the reason for her extreme aversion to spaghetti.]
https://reynagrande.com/books/


Rebekah Weatherspoon is an author whose writing style hooks a reader’s interest on the first page regardless of the premise. In A Cowboy to Remember Evie Buchanan is riding a wave of professional success. She’s a respected chef, cohost on a popular morning show, and a social media darling. Yes, the holidays make her feel sad and lonely, but she’s developed coping strategies. Taking a moment to regain her emotional equilibrium at a work party leads to an incident with cascading effects on her health and her future. Childhood bestie Zach Pleasant and his brothers reenter her life, which changes everything.

This second-chance love story delivers complicated family dynamics, intergenerational conflict, and an organically inclusive spectrum of all kinds of people, especially self-confident women and privileged people of color. Grief, forgiveness, and personal growth in addition to compromise and recognizing who and what matter most in a fulfilling life are some of the prominent themes. Establishing healthy priorities and making leaps of faith also dominate Evie and Zach’s charming, sexy love story about the gifts of rediscovery when seeing someone through fresh eyes and greater maturity. A Cowboy to Remember is a strong start to what promises to be a satisfying series.


Has the stress of opening her own pet grooming salon driven Mimi Lee into hearing voices—from the cat her younger sister rescued from a shelter? That’s only one of the questions earnest, socially awkward Mimi is forced to answer as she strives to prove her innocence when circumstances make her the prime suspect in a murder investigation.

Shady dog dealings, wealthy ladies who carry their fur babies in handbags, posers, hustlers, workplace competition, and the obligations of family loyalty add substance to this quirky mystery romp. Interethnic intimacy and tension tug on threads about immigrants (Mimi’s mother’s “Manglish” might feel problematic to some readers) and first-generation birthright U.S. citizenship as a source of cultural identity angst. This cast of individually distinctive characters is broad in its representation of people of various ages, social classes, levels of privilege and marginalization in addition to ethnicity. Mimi Gets a Clue ends with the implication of more clumsy, charming adventures to come. Bring it.