Celebrating All Kinds of Love 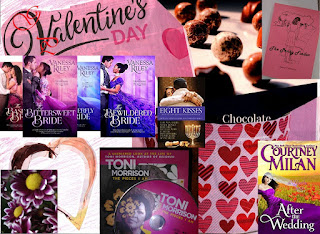 Toni Morrison: The Pieces I Am
Directed by Timothy Greenfield-Sanders
Magnolia Pictures documentary
2019


Toni Morrison’s voice as the primary narrator of this kaleidoscopic collage of her life and her work stands out as the featured soloist in a chorus of exceptional voices. Angela Davis, David Carrasco, Farah Griffin, Fran Lebowitz, Hilton Als, Oprah Winfrey, Paula Giddings, Richard Danielpour, Robert Gottlieb, Russell Banks, Sonia Sanchez, and Walter Mosley convey their admiration for her genius literary artistry and her friendship.

More than two hours are filled with insights about her family history, creative influences, writing process, dynamic feminism regarding pay equity; snippets of interviews with Dick Cavett and others. Voice cameos, atmospheric music, and a smorgasbord of artwork caption, score, and illustrate the richness of this phenomenal woman’s complexity.

From 1993 after the announcement of her Nobel Prize for Literature, there’s a video clip of her response to a news reporter’s question about what she’s saying that they [readers] want to hear” “I think I write well. And I think I have a distinctive voice…”

Every second of “Toni Morrison: The Pieces I Am” supports the truth of her understated reply.

When Oprah Winfrey says, “And she was loved!” from the conclusion of Song of Solomon, it resonates as a fitting benediction.

Also, all of the deleted scenes are must-sees.


With the Advertisements for Love series Vanessa Riley continues the tradition established by Beverley Jenkins of portraying the Black experience as a multifaceted spectrum in historical romance fiction. More specifically, this series focuses on the Blackmoor and mulatto enclaves in the Spitafields section of London, England, where economic and intellectual privileges generate advantages and dangers for racially ambiguous people, especially girls and women.

Each story’s title accurately conveys its overall tone. Theo and Ewan’s love has soured due to lies and callous treatment in The Bittersweet Bride. Reticence about revealing themselves and being vulnerable dominates Ester and Arthur’s love story in The Bashful Bride. Frederica and Jasper’s more extended courtship through an evolving friendship is the most lighthearted entry of the series in The Butterfly Bride, which chronologically precedes The Bewildered Bride. Ruth and Adam’s story is the most directly emotionally fraught in terms of past and present suffering in the romantic connection between the two lovers. As individuals and as a couple, they experience the most physical violence and traumatic aftermath. Each saga shines as a stand-alone, but reading them in chronological order provides additional narrative momentum.

Overlapping themes of sociopolitical, economic, racial, class, and gender implications are masterfully entwined with a strong sense of the physical geography of London and its suburbs. Sadly, the themes about discrimination, oppression, and abuse of power resonate as applicable to present-day struggles for equality and social justice two hundred years later. The author’s notes regarding her research enrich the cultural context and tempt readers to pursue a deeper study of the 1800s.

After the Wedding by Courtney Milan
historical romance


Who is worthy of love?

“Everyone” seems like the obvious answer, but not in England in the late 1860s. According to most of society, Lady Camilla Worth is expendable, shuffled from one inhospitable residence to the next. Despite their aristocratic heritages, she and Adrian Hunter are treated as tools and pawns destined to be used and sacrificed for the advancement of greedy, powerful men. Circumstances beyond their control force Camilla and Adrian into a shotgun wedding that eventually offers each of them their heart’s desires with clever spins on themes from The Gift of the Magi. Gender, ethnicity, social class, relationship status, and political implications provide a rich broader context for this tender love story about two outsiders who move from being strangers to allies to friends to lovers during a whirlwind adventure. This homage to the audacity of hope in the face of seemingly insurmountable odds against triumphant results celebrates people who consciously choose to love with their whole hearts, despite the many significant risks of doing so.


In this contemplative and semi-autobiographical poetry collection, the self-identified word-weaver creates an intimate verbal tapestry in three parts. Tender Times celebrates the simple pleasures that observing nature offers: the movement of light in “Sun Balls Dancing” and earth as life’s ultimate school in “Learning Naturally” where Nature’s tranquil classroom is a gentle, authentic teacher. This first part highlights the bubble of youth and innocence before they’re impacted by society’s impositions, digital and other sensory bombardments.

Part two, Hills and Valleys, offers readers emotional upheavals related to personal trials, tribulations, traumas, and their aftermath. D.C. landmarks are cast as sign posts reconfigured, erased or now gentrified. “To Live” and “Summers Ago” encapsulate the range of focus from intimate vulnerability to nostalgic whimsy. The nostalgia provides a smooth transition into part three of Path Mates, which honors specific individuals by name, by position, and by association to the poet. “You’re the Reason Why…” is haunting in its polar opposition to the despair in 13 Reasons Why by Jay Asher. “Son Day” echoes the core insecurities of parents who worry about providing everything that their children need.

Rainbows, sunlight, angels, and other symbols of promise, hope, and divinity appear in all three parts. Yet in each part a different facet of these recurring themes gets revealed. The Penny Finder encourages readers to pay conscious attention to each moment and each person in their lives in order to recognize the wealth of experiences waiting to be appreciated.


Thematically linked to the eight nights of Hanukkah, this anthology offers readers an enticing assortment of holiday romance—from the sweetness of childhood friends reunited as adults in “Hanukkah Kisses” by Erin Eisenberg to steamy encounters and spicy language in “Frisky Connections” by Michelle Mars. There’s a historical set in Scotland in the early 1800s that launches this collection of mostly contemporary stories. Meet-cutes, dating apps, second-chance loves, whirlwind romances, and long-time loves between characters of all ages establish relationships with shared faith, interfaith, and interracial (interethnic since we’re all members of the human race) connections.

Eight Kisses celebrates the power of love through remembering and sharing one’s origins, family heritage, cultural traditions, and history of triumphing despite desperate odds. It highlights the importance of being fully present in each moment of one’s life. Plus, the stories offer an engaging mix of humor, conflict, adversity, emotional and physical intimacy.