Outsiders to the Rooms Where It Happened: Two-State Solution Edition 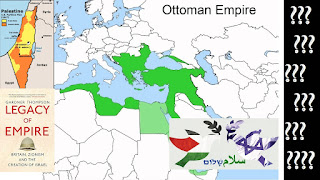 
With meticulously researched and annotated details worthy of the most strenuously vetted academic text deconstructed from the Ottoman Empire forward, Legacy of Empire satisfies the intellectual cravings of serious sociopolitical historians and curious everyday citizens. Maps, illustrations, photographs, a timeline, nine chapters, a bibliography, an index, and acknowledgements provide factual structure for a compelling narrative that fills in layers of overlapping and competing personal beliefs, religious ideology, shifting political interests and military objectives.

The introduction examines the differences between anti-Zionism and anti-Semitism. These distinctions substantially impacted the reasoning and motivations of the men who mandated changes to the map of the world before, during, and after the two world wars. In providing context for the unique traits of The Jewish Question relative to other circumstances of subjugated people, the author states this puzzling opinion on page xii:

For the most part, previous British imperial decision-making along such lines had been shrewd and realistic… And not all colonialism caused trauma among the colonized.

Although there’s overwhelming documentation in the historical record to refute this odd claim, the remainder of the text stays true to its stated goal of being a multifaceted, impartial study of the many complicated factors that contributed to the current political quagmire and territorial friction between Israeli and Arab people in Palestine.

Legacy of Empire primarily addresses the question of “How did we get here?” regarding the failure of a peaceful two-state solution for the Israelis and the Arabs. It also considers colonialism more broadly as an entrenched sociopolitical ideology and economic strategy for amassing power, wealth, and resources. Political versus cultural and spiritual definitions of identity, mainstream assimilation, political expediency, personal biases, competing concepts of nationhood, ignorance, and more contribute to sorting those who rule from those who are ruled; oppressors from oppressed; privileged and exploited.

If at its core colonialism is governance without representation, then there are parallels between The Jewish Question connected to the attempted exclusion of Arabs from Palestine as indigenous people, The Indian Question, The African Question, and The Irish Problem with Edwin Montagu as a 20th-century Cassandra.

Legacy of Empire examines Britain’s culpability as originators of the Israeli-Arab conflict in Palestine who through ignorance and arrogance created a problem for which they abdicated responsibility when an easy solution became impossible to achieve. By the time the author states on page 275 that “Their legacy was a continuing conflict between two communities they had done so much to bring to mutual antagonism,” the facts presented establish strong support for this conclusion.