Homesickness and Journeys of Self-Discovery 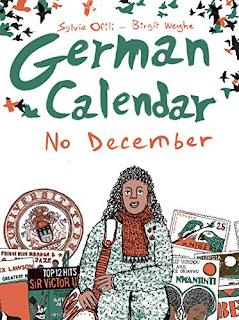 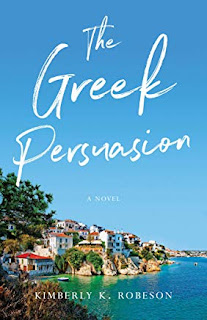 
In German Calendar No December, Sylvia Ofili tells the coming-of-age story of Olivia Nneka Evezi whose father is Nigerian and mother is German. It’s no coincidence that her initials spell O.N.E. as each stage of her development into young adulthood taps into universal themes of the onerous search for one’s true self and welcoming communities beyond biological family. Olivia, her classmates, and later, her coworkers navigate challenging situations where one’s designated status as insider or outsider, powerful or powerless dictates the direction of a person’s life and their safety in this memoir about immigration, otherness, and assimilation.

References to popular music, movies, and television shows from the 1950s through the 1990s explore the global reach of entertainment media. Catch phrases from one of Nigeria’s longest running sitcoms, “The New Masquerade” provide the title, which reinforces the dominant theme of what gets lost in translation or redefined over time, between social classes, generations, nationalities, and cultures. Although not directly mentioned, the causes and consequences of the Nigerian Civil War, also known as the Biafran War, infuse the narrative with Olivia’s identity as an Igbo person with an oyinbo/oyimbo/oyibo (of European descent or not culturally African) mother.

Birgit Weyhe’s use of a palette in which green and white dominate with other colors as highlights creates appealing contrasts between matte saturation and the assertive lines of her illustrations.

German Calendar No December combines some thematic elements from William Golding’s Lord of the Flies with the sense of a perpetual slumber party gone wrong and a treatise on the causes and effects of nationalism. It sparks a desire to delve deeper into these topics.


Spanning three generations of one family of women from 1942 to 2006, The Greek Persuasion proclaims its adoration for the country and culture of Greece and her people. Similar to the ways in which early civilizations used mythological stories to explain the origins of the universe, nature, and humanity, the prologue offers one source point of thirty-one-year-old Greek American Thair’s jumbled ideas about love.

Constantly disappointed by romantic love in various circumstances that reject typical male-bashing clichés, Thair’s journey of self-discovery starts with her grandmother, Aphrodite, who is called Dita. This familial relationship anchors the story geographically and emotionally. Thair’s relationship with her mom, Phaedra, is more volatile, reflecting a dynamic found in many families where grandparents and grandchildren interact with less friction than parents and adult offspring. Kimberly K. Robeson establishes three distinctively authentic voices that convey the women’s similarities and differences as shaped by their individual experiences and generational filters.

“What am I?” is the question that bubbles beneath the surface of The Greek Persuasion, and the running thread about tomatoes (Is it a fruit or a vegetable?) reinforces that debate. Thair’s socioeconomic privilege in having the luxury of going away to focus on herself is the most obvious advantage, which she acknowledges along with the perks of being heterosexual. Thair often seems aimless with a tone that’s frequently maudlin and self-indulgent. As the main narrator Thair’s voice isn’t as compelling as the older women’s. Frequent usage of clichés (not related to male-bashing), archaic gender role references, and Thair’s immaturity create a philosophical whiplash effect that simultaneously makes her seem much older and much younger than her thirties. Maybe that’s intentional.

When Thair asks in the year 2000 on page 40, “What is it about America that makes some people say it in such a distasteful way?” it reads like the perfect setup for her to have some later substantial thoughts about the 9/11 terror attacks in the U.S., but Thair never mentions them as the story moves into 2001 and forward into the mid-2000s, which seems odd unless that omission is intended to highlight how self-involved she is.

Constructed in three parts, The Greek Persuasion offers readers a novel of nuanced stories within multilayered stories about individuals, one family, one country, and the world over the course of three generations.