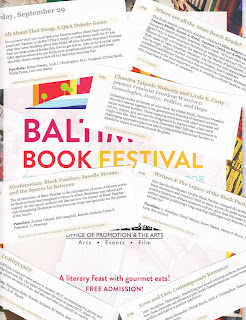 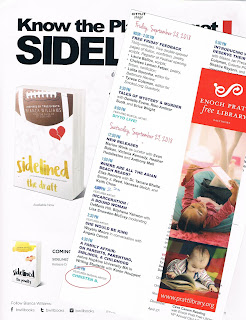 Takeaways:
Middle-brow literature determines current cultural baselines.
Accessibility to inclusive middle-brow lit is essential for the diaspora of readers.
Incompetent diversity in casts of characters sucks a bushel of lemons.
Transracial adoption and racial mirroring are underrepresented in middle-brow lit.

Takeaway:
Reimagining the past to imagine the future sometimes reclaims a more accurate accounting of history, especially when discovering people and their contributions that have been erased from the official record.

Book rec's:
Zone One
Christian Storm Punches a Hole in the Sky
On the Comeup
works by Stephen Barnes
and by Eden Royce

Takeaways:
T'Challa embodies a black man in complete hero mode in conflict with Killmonger as a nuanced villian whose arguments have a some merit.
There's a range of fully developed female characters who are feminine and powerful without mimicking toxic masculinity.
Diversity is not a trend!

Things that made people say, "Hmmm."
Why does the fake relationship trope endure?

Takeaways:
Writing for a mainstream audience versus a queer one
The expectation for marginalized authors to educate mainstream/majority readers

Queer canon suggestions:
Tensorate series by J.Y. Yang
Sadie by Courtney Summers
Sam J. Miller quote: "As far as I'm concerned Octavia Butler is the queer canon. And everyone else is extra."
Dhalgren by Samuel R. Delany
K.M. Szpara recommended works by Sam J. Miller
works by Cecilia Tan with her own Circlet Press
M.K. Jameson works where queerness is an element in the world building without being the focus.
That Inevitable Victorian Thing
Autonomous

Disclaimer: My brain was still in vacation mode after a glorious stay in Kiawah Island, S.C. until Friday 9/28. Add that fact into the background noise of fellow booklovers and a construction truck next to the Maryland Romance Writers Stage and there are probably a few misspellings and other mistakes. Please accept my apologies for any errors.