What Every Blerdy Student Learns Eventually 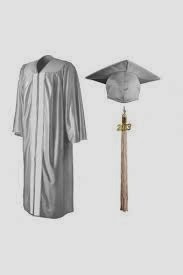 
An Education
copyright 1988, 2012 by Cardyn Brooks
All rights reserved


A babe crawls around enormous space.
A monotonous drone whispers in the background.
She explores, mesmerized by patterns as they reveal themselves.
Her expanding vision fills the space, once-infinite space that transforms
Into a room within an institution with walls constructed of projection screens.


Formal education begins. Pivotal assessments are made.
"GIFTED" is branded on her. Time passes. The room shrinks.
Her isolation increases as the screens surround her in coils of rapidly decreasing radii.
Jumbled words flash to the screens as their rate of shrinkage accelerates.


Meanwhile, that monotonous whisper hisses louder.
It hisses louder, until it undulates into a thunderous peal that echoes the
Manic velocity of the projected words:   smart,
Special,   talented,  nice, shy,aloof,uppity Oreo.
Zebra.UncleTom.WHITE WANNA-BE.FRAUD!


The shrunken walls of the room now fit as tightly as a too small body bag,
Squeezing her from textured crown to brown toes. She flexes.
Every muscle strains, fighting to loosen the restraint of the
Parasitic cocoon. The unyielding screens; their projections bruise and tear her flesh.
brings her to her knees. Rage clogs her throat. Exhaustion clouds her vision.


The indistinguishable source of a jumbled chant slides.
Closer. The girl wiggles and rolls; screams and jerks
Crying out for help as she fights. Just as she considers
Succumbing, she's able to poke her head from its suffocating confinement.


Before she takes a liberating breath, she feels the projection screens tightening.
Tightening around her neck, strangling her.
She gasps and coughs, struggling to breathe despite the tightening noose.
Tears of frustration and anger and despair fill her eyes.
Suddenly, she sees people gathered around her, talking at her as she dies:


“She’s not like most of them. She’s a good one; I almost forget she’s black."

“Why are you friends with Them? Have you forgotten slavery?”

“Of course everyone’s equal, but we don’t have to mix with them.”

“You think you’re White—talkin’ proper, livin’ among Them... but you’re just as black.
As black as all the rest of us. Don’t think They ever forget that.”


She lies on the floor in a graceless heap, praying for silence; an escape.
Neither come. Instead, the body bag peels itself from her flesh in an upward rush
Away from her feet toward her face, where it affixes itself as an ever-changing mask.


So she reads. She reads because books don’t accuse her in the hall, ridicule her on the
Playground, or undermine her in the classroom. She reads even though the power in the
Words was not intended for her and the images on the pages do not resemble her.
Books fuel the dreams that become her goals.


She excels because it’s what her family expects.
Achieving keeps her too preoccupied to think about the mask.
The mask that stifles, smothers, and is unbearably confining.
She suppresses her rage and guilt, which perpetually seethe with the threat of eruption.


Throughout her studies, failure is expected.
Success is dismissed as a fluke.