Readers in a Barrel 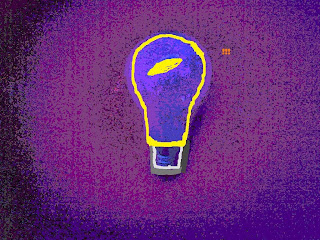 Confession: Whenever traditional publishers bemoan the shrinkage in their market share and profits, it makes me wonder why they're not cultivating new and future clientele by partnering with public school systems to make sure every student is literate. Making universal literacy and Internet access their goals supports the whole 70% retail consumer-driven economy, not just publishing, by increasing I.Q.'s, intellectual curiosity, ingenuity, academic engagement, professional aspirations, and earning power for the masses; the laborers in the workplace who become the consumers in the marketplace. (There's a reason luxe brands keep partnering with Target: It's mathematically impossible for the wealthiest 2% to buy every product offered for sale.)

Some traditional publishers' reactionary solution of charging multiple times the hardcover list price for sales of e-editions sold to libraries ignores the fact that library budgets are strapped and rapidly shrinking. The exorbitant markup on e-editions means most libraries will buy fewer books overall, which generates negative long-term results for publishers, literary agencies, libraries, authors, and readers. Avid readers use libraries for introduction and access to evolving technologies and unfamiliar authors. Libraries are taxpayer-subsidized public relations, product advertising and marketing for publishers.

The exclusionary philosophies of Imperialism are counterproductive in the 21st-century world of all access, all the time for anyone, anywhere with secure Internet access. In the U.S., public libraries and public schools cast the widest net among the masses. They also offer the broadest range of opportunities to catch the attention of students as future consumers and their parents as current consumers--especially poorer communities where the potential for expansion is greater because those markets are underdeveloped.

In families where the adults work low-wage, low-tech jobs, children introduce their parents to evolving technologies through their curiosity-driven observations and exposure in school. The socio-economic digital divide doesn't just limit opportunities for poor and underprivileged people, it limits possibilities and constricts growth for the entire 70% retail consumer-driven economy.

BATAF: Most people are expendable.